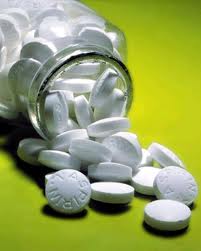 According to the Archives of Internal Medicine (www.archinternmed.com) a new study urges against routine use of aspirin to prevent cardiovascular problems in otherwise healthy adults.

Yet, in June, 2011, Dr. Keith Souter published a book called, “An Aspirin a Day: The Wonder Drug That Could Save Your Life.” 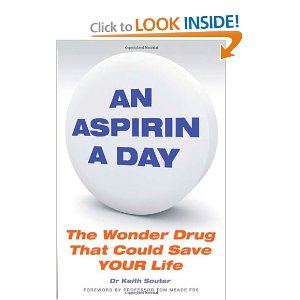 Dr. Souter referred to a December 2010 study, which proved that taking a small daily dose of aspirin cut overall cancer deaths by at least a fifth. In “An Aspirin A Day”, he examined the results of this and countless other studies which proved that aspirin is indeed a wonder drug which can protect against some of our worst known diseases, setting out how you too can benefit from taking even a small dose daily. He’s not the only one. You’ll hear other physicians touting the benefits of taking a baby aspirin a day.

So, which is it?  It’s confusing to people because they then say the benefits may outweigh the risks. That basically cancels out the urgency against it.

Details of Latest Study:  In a six year span, researchers analyzed data from almost 102,000 adults with an average age of 57 in nine studies,who had been randomly assigned to take aspirin.  They took 100 milligrams or less, or a placebo daily. None of the people had cardiovascular problems when the studies started.

In that time, deaths related to cardiovascular disease, including heart attacks and strokes, occurred at essentially the same rate for people who did and did not take aspirin.

No differences were found between men and women; older people seemed to benefit more than younger ones.

However, those taking aspirin had a 70 percent higher risk for bleeding problems; the chance of more-serious bleeding was 30 percent greater, especially among younger people.

Bottom Line:    Basically, anyone considering changing or beginning treatment of any kind should consult with a physician. 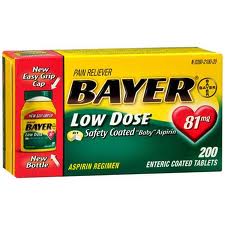