According to a survey conducted by the Centre for Alcohol Policy Research, 95 percent of people do not know what constitutes safe levels of drinking.  That’s a lot of ignorance. Maybe since they may be drunk, the “ignorance is bliss” adage rings true.

That said, I thought I’d take a moment to raise awareness because young people responded to the survey by saying they thought 8 or 9 drinks were “risk-free” and “safe.”  Pay attention and Sober Up youth of America and Australia.

FACT:  Safe drinking is TWO drinks per day for men and women.  Some say one for women.  For special occasions, FOUR drinks over 6 hours.

People will say things like, “Yeah…but I’m tall” or “I weigh a lot, so I can drink a lot more than the average bloke” to excuse going over that amount.  Some will even say the food they ate is absorbing the alcohol. Sober Up, excuse makers.

News Flash:  It may take longer for the alcohol to catch up with your cheeseburger and fries, but it will travel through your bloodstream just the same.  Your height, weight or food intake is not a reason to overindulge.

I never acquired a taste for beer or alcohol in my youth. It may have to do with my thought that alcohol was loaded with empty calories.  I was into fitness, even as a kid. So, my beverage of choice back then was TAB. What?

Back then, there was a commercial of Elle McPherson sauntering on a beach in a red bikini drinking TAB. I thought if I drank enough of it, I’d look like her.

I switched from the pink can to the one Paula Abdul was holding while dancing on Elton John‘s piano keys. I’m still not sure why I thought that was SO cool, but Abdul even set a fashion trend as we began wearing ties in college like Annie Hall.

Youth of America is easily influenced.  It’s not just me. Today, there are studies (see links at the end of this blog) that show teens are still influenced by what they see on television and in films.  Advertisers know this and they don’t give a hoot about your health. They care about you buying into whatever they’re selling.

It would be years before I learned the aspartame used in diet sodas increase insulin resistence, which leads to an increase in blood sugar, which leads to weight gain. That’s right.  They lied to the youth of America. I bet we can trace the “Obesity Epidemic” and “Increase in Diabetes” back to those TAB and Diet Coke commercials that brainwashed millions of us into thinking we were “healthy” if we were holding a can of diet soda in our hand.

By the time young people realize the truth, they are already: 1) old and 2)  suffering from strange ailments with unknown causes. I had cramps when I drank diet colas, and never imagined it could have been caused by the diet cola in my hand. 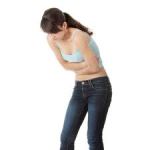 Another ailment so many in my own generation suffered from were infertility problems.  Lots of otherwise healthy people with healthy parents who had 3 to 6 kids with no problems were suddenly having issues.  We often joked something was in the water. Maybe something was in the SODA.  Today, if you google “toxic diet coke” on YouTube, you’ll find out the truth.  Chris Wragge at CBS interviewed Dr. Jennifer Ashton about the health dangers of diet soda and found they may increase your risk of stroke by 48 percent.  Sober Up on the Facts about Diet Soda by clicking on some of the links at the end of this article & watching the videos.

I’m happy I haven’t gone near diet soda in 7 years. I quit my diet cola and coffee addiction and now feel amazing. It wasn’t easy, but I feel incredibly healthy.

My advice to everyone is if you suffer from ANY aliment and you and/or physicians do not know the cause –look at what you’re eating and drinking FIRST.  Eliminate soda.  Your aches, pain or symptoms may mysteriously vanish naturally.  A safe soda choice is none. Unfortunately, it’s addicting so if you can’t shake your soda habit –take it one day at a time.  Try to limit it slowly until you can get rid of it completely. Switch to water as often as you can.

Back to alcohol. Is there any such thing as a smart cocktail?  Lisa Lillien says the following drinks are your best bet if you don’t want to pile on empty calories: 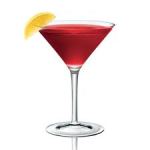 POMEGRANATE MARTINI.  A 4-oz. serving made with flavored vodka and pure pomegranate juice (half and half each) has about 185 calories. The juice packs a ton of flavor, plus a punch of antioxidants.

RED WINE. A glass of red wine is about 120 calories for 5 ounces.  If it’s a jumbo wine glass, she recommends not filling it to the top. Half works best.

SPRITZER.  Add club soda and ice to a glass of white wine and voila.

CHOCOLATE MARTINI. Lillien says to “Beware the chocolate martini.”  It’s loaded with heavy cream and sugary syrup, which can add up to 500 calories.

CHAMPAGNE COCKTAILS. One flute with fruit juice and sugary liqueur will run more than 200 calories.

Remember, the safe limit is TWO drinks or FOUR drinks over 6-hours on special occasions.  Safe soda is NO SODA.

Share this information whenever you can. If anyone drinks more than that —don’t let them drive.  An innocent person shouldn’t die because you want to get a “buzz.”  How can you tell if you have a problem with alcohol? You can take this Quiz:  http://alcoholism.about.com/od/problem/a/blquiz1.htm

When is the right age to start talking to your kids about alcohol and safe drinking?  As young as 8-years-old.  Also remember that children learn by observing you.  So, Sober Up and talk to your children and teens about drinking safely, and not driving if they consume more than that. And set a good example yourself.