MEDSTARTR is the new crowdfunding source for hot Health products. YOU get to donate to the best ones.

The EndoGoddess App is terrific for diabetics. It’s created by someone who knows what her patients need.

Jennifer is a dynamo who created an App called, The EndoGoddess App to help diabetes patients track their glucoselevels. No more self-entry journaling.  Patients use the App upon checking of glucoses with each meal and bedtime or just once daily to enter all of the glucoses for the day. But she makes it fun. It’s a 21st Century Glucose Journal that rewards you with  free iTunes and a whole lot more.

Here’s how it works:  The user enters the sponsor’s email address, and a link to the user’s iTunes account is sent to the sponsor who then submits their desired payment into the user’s account. The feature will be live in coming months.

The main behavior focus of the EndoGoddess App: self-entry glucose. But it also has unique personal, social media, and patient community features. Within the app, users can submit daily diabetes-specific motivational quotes which are screened by Jennifer and then featured on the home page of the app.

Another cool feature is that information about how to get involved in the diabetes online community (moderated twitter chats, blogs, diabetes camp links, charity links) is provided in addition to original multimedia basic diabetes education content.

It provides a more modern form of journal for your glucoses than an old-fashioned paper journal, which also has corresponding carb intake and insulin dosing. The journal has a rewards and points feature.

No more paper journals that look like the one pictured here.

In the next month or so, you will be able to download an iTunes song weekly if your points are high enough. You can keep track of your points on the home page currently upon entering glucoses into the app.

The EndoGoddess App got it’s name from a nickname a patient gave her. ‘Endo’ because she’s an endocrinologist and ‘goddess’ because she likes to wear a little bling everyday.

She was inspired to create the App when she started texting teen patients. She then created a texting app, studied the results in a small pilot study (http://mobihealthnews.com/8599/texting-imrpoves-type-1-diabetes-adherence/) amongst her teen patients which proved that mobile phones make life with diabetes healthier.

Jennifer says, “I then developed The EndoGoddess App to improve upon the initial texting app that I first studied. My patients were the ones that really inspired me to take the plunge into medical technology entrepreneurship full-time so as to get the product in their hands faster.”

Diabetes is hard, and often, patients lose motivation to keep up with it. Diabetes is a unique chronic disease in which the decisions most affecting the health and well-being of patients are made by the patients themselves. 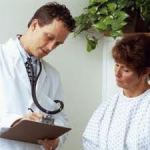 This is the critical reason that the EndoGoddess App targets patient/consumer empowerment primarily rather than just the physician’s efforts to make the largest impact on diabetes-related health outcomes, quality, and costs. In other words, making diabetes easier is a big deal and is the primary focus of the EndoGoddess App.

So Jennifer is pursuing funding in a creative way using new healthcare crowdfunding site, MedStartr. Traditional funding for clinical trials typically comes from federal sources such as NIH which requires that researchers be either part of a university or a non-profit organization. Most funding mechanisms exclude small businesses like startups.

Medstartr allows the public to be involved in funding projects that they think are important and in new technology that they would like to see in healthcare. I think that this mechanism for funding will confirm to investors that the EndoGoddess App is a product that patients want and will hopefully result in new ventures to allow further growth and development of new products.

As the future, Jennifer is super excited to announce that work on the EndoGoddess Kids App started on June 25th through the 10x accelator program, a mentorship-driven investment program designed for energetic and game-changing entrepreneurs. 10x has partnered with Ohio’s New Entrepreneurs (ONE) Fund, an innovative business accelerator designed to attract and retain the best and brightest talent in Ohio.

Teams such as the EndoGoddess Team are awarded $20,000 to bring a project to life over a 10-week period culminating in a pitch day presentation to interested investors within the community.

The EndoGoddess Team will be creating the new EndoGoddess Kids App built for young children with type 1 diabetes and their families. The app will include a new rewards and gaming feature similar in concept to the classic Tamagotchi virtual pet (pictured attached above). The virtual pet, which will need to be ‘fed’ by recording glucoses within the app, is expected to encourage engagement in daily diabetes glucose checking by the child based on appointment dynamic game mechanics theory. It should be available for download at the end of September or early October 2012.

The EndoGoddess Kids App virtual pet will include a reincarnation of her sweet golden retriever, Cooper Dyer, who passed away last year due to cancer (picture with me and Cooper dressed up in our Golden Globes watching attire is attached). So, needless to say, the EndoGoddess Kids App is a labor of love for me.

You’re going to be seeing or hearing about a lot of new Apps in Health, but the problem is the best ones are not necessarily the ones getting funded.

Some get promoted by people who have a vested interest in it or they have a personal relationship with the person, so a lot of crap gets a green light. The person who ends up suffering is the health consumer.  I love products that are actually developed by people who are passionate about helping people and have found a need through their own work and personal experience.  I like to feature people and products or services that end up helping you and deserve funding.  Fortunately, there is now a crowdfunding source for health.  Medstartr.  It allows the community to pick the Best in Class helping it come to market. EndoGodess App is on it.

Here is a video of Jennifer explaining the name of EndoGoddess at an international conference in Paris last month:

The prevalence of diabetes has reached epidemic proportions

WHO predicts that developing countries will bear the brunt of this epidemic in the 21st century. Currently, more than 70% of people with diabetes live in low- and middle income countries.

Lack of sufficient diagnosis and treatment

Diabetes costs – a burden for families and society

LOTS OF PEOPLE SPEND THE 4TH OF JULY IN THE WATER, BUT DROWNING IS THE SECOND LEADING CAUSE OF ACCIDENTAL DEATHS FOR PEOPLE 15 – 44 YEARS OLD.

DR. TOM TALLMAN IS AN EMERGENCY ROOM PHYSICIAN AT CLEVELAND CLINIC.
HE SAYS THERE IS ONE THING ALMOST EVERYONE SHOULD KNOW BEFORE GETTING IN THE WATER.

CG: Dr. Tom Tallman/Cleveland Clinic
“Everybody should know basic CPR because when someone has had a water-related injury, such as that, resuscitation can be rather simple. 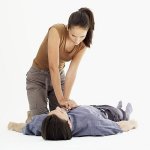 TO MINIMIZE THE RISK YOU SHOULD NEVER SWIM ALONE.

ALSO, NEVER DIVE INTO A LAKE OR RIVER BECAUSE WATER LEVELS FLUCTUATE.

CHILDREN AND NON-SWIMMERS SHOULD ALWAYS WEAR A LIFEJACKET. 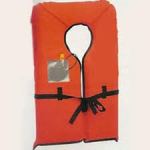 AND DON’T OVERESTIMATE YOUR SWIMMING ABILITY.

AND IF YOU’RE PLANNING TO SPEND YOUR HOLIDAY POOLSIDE, DR. TALLMAN HAS A MESSAGE FOR PARENTS.

CG: Dr. Tom Tallman/Cleveland Clinic
“When parents are taking young children to swimming pools don’t rely on just the lifeguards who are there to save them. They still need to keep an eye on the kids and watch them very carefully.”

BOATERS SHOULD ALSO BE ON HIGH ALERT.  COAST GUARD RESEARCHERS SAY DROWNING WAS THE REPORTED CAUSE OF DEATH IN ALMOST THREE-FOURTHS OF RECREATIONAL BOATING FATALITIES LAST.

HAVE A GREAT DAY, EVERYONE!

DON’T FORGET YOU CAN USE RED, WHITE AND BLUE FRUITS TO CREATE A HEALTHY, CREATIVE MASTERPIECE!! 🙂