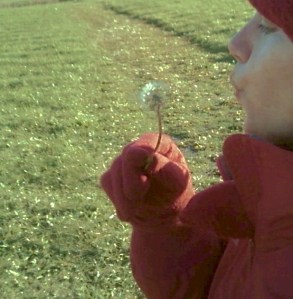 Wish you could reverse aging or at the very least, slow it down?  Slowing it down may very well be possible now.  First, let’s review how we age.  Did you know each person is born with 10,000 telomere bases, which make up the telomeres (more on that later) on every cell you have. When you hit 5K, due to cell reproduction,  it’s called the Hayflick. That’s the point where the cells can no longer replicate and the death process begins.

What does this mean? It  means you will have normal functioning longer and do more of the things you are able to do when younger, thus improving your quality of life. 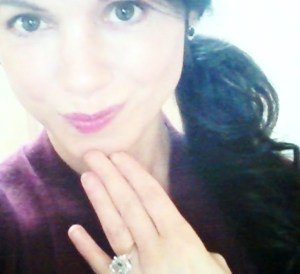 The bonus is you will also remain younger looking with less wrinkles. So, you may wish you had taken better care of yourself. Skin and hair improves, but the real magic is in slowing down the shortening of your telomeres (more on those later).

Sound too good to be true?

How to stop aging has been the lifelong question and passion of one man, whose team won a Nobel Prize, and he claims what he has discovered is the real deal. His discovery began with research examining each human cell, which causes aging. 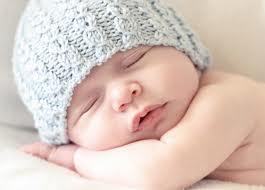 Eyes, skin, hair, bones. Each of our cells replicate at different speeds. Your entire skin will replicate in 120 days, whereas your bones would take about 7 years.

There are parts that age faster because of it. If you have 10K telomere bases, and your skin has to replicate it keeps taking away bases, thus skin would age faster.  Creams, even those with retinol do not affect telomeres.

There are currently only two products on the market that affect telomeres. This one is PRODUCT B.

The first huge doubleblind study is being done in Spain and the results will be published this Summer. MODERN SCIENCE will be releasing it.

Here’s How It Works:  There is one place in the human body where cells are immortal and never age. That is the Reproductive System in women and men. When women are born, they are born with a certain number of egg cells.

That is why when you give birth, the baby cells aren’t the age of the parent, but a newborn. In your reproductive cells, you have a gene that creates an enzyme.   This enzyme we’re talking about is telomerase.
Telomerase slows the shortening of your telomeres, which are located at the end of your chromosomes.   Telomerase has the ability to tack on another base at the end of the telomere,  preventing it from shortening.
They discovered every cell in the human body has this capability, but the gene for telomerase is turned off, so they began looking for the gene to turn telomerase back on.  Telomerase is the  enzyme that slows down the shortening of telomeres.

Dr. Bill Andrews from Sierra Labs in Utah is the man who discoverd this. Under his leadership, Elizabeth Blackburn, Carol Greider, and Jack Szostak were awarded the 2009 Nobel Prize in Physiology or Medicine for the discovery of how chromosomes are protected by telomeres and the enzyme telomerase.

Andrews made it his life mission to find out how to activate the telomerase gene in people. He tested 304,000 compounds. Out of all them, he discovered 8 chemical compounds that would turn on the telomeres gene.
Harvard Medical School did some mice studies with them in vitro, where they forced the telomerase genes to turn on, and they were able to completely reverse the aging process –making old cells new again.
All 8 of the chemical compounds were toxic to humans, so they knew it wouldn’t translate to human trials, but it did confirm the theory that if you could turn on the telomerase gene, you could in fact, stop the human aging process.
From there, Andrews got in touch with John Anderson, a neutraceutical wiz from Isagenix and they tried 62 concoctions of different natural compounds.
They managed to get 7 of them to affect the telomerase gene. And a key point here is these were safe for humans. Since then, they’ve tested quite a few more and now there are 13 compounds that have met their criteria.

The product has been out for a year and a half and so far, all the studies are positive.

It’s about slowing the aging process. Your cells will be younger. It’s in a capsule form with various ingredients, which are completely safe.   Two capsules in the morning, two at night with or without food. It takes about 4 months for the product to infiltrate your cell structure. They are also seeing some signs of increased mental clarity and recall. Some people had the color of their hair return or new hair growth. 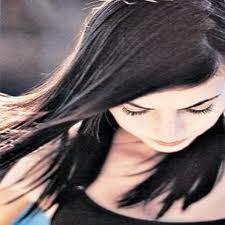 In mice in the study with 75% brain size, after turning on telomerase their brains were back to 100%.  This could prove to be promising for patients with Alzheimer’s disease.

I talked to Todd Walukiewicz, D.C., who has been exploring anti-aging. He is part of a chiropractic practice in the Pittsburgh area that has been taking a holistic approach to health for 22 years. He is a strong advocate of these healthy aging concepts, and explains it here.

All cells have the same number of bases that make up the telomeres.  If you had a chain, a link in the chain would be the base.
What Dr. Bill Andrews found is every time your cells divide, the DNA has to replicate itself for the new cell. When that happens, some of the bases get destroyed or lost.  That is actually what is responsible for the aging process. So this is the best thing to happen in the world of healthy aging to date.

Walukiewicz believes in PRODUCT B so much that he is using it himself, and making it available to his patients.

The product is being sold in Pittsburgh at TELOMERE PARTNERS, USA.  It costs about $77.00 a month.  Does that make it affordable only to the wealthy?

I asked Walukeiwicz this question, and he said there was one available prior and the cost of it was $3500./month.  This caused people to complain it was only affordable to the rich.

So, PRODUCT B is very affordable to the general public.   There are no existing plans to make it available at pharmacies or in any store.  For now, it is only available to consumers at the places mentioned below.

It’s available from independent Isagenix distributors.   Dr. Todd has been taking it for about a month.

What can people that take it expect?

People who have taken it have claimed it reversed graying hair, skin wrinkles, memory loss and have even reported improved eyesight.   The only side effect is weight loss, which people actually like.

Would you take PRODUCT B? Let us know.

Personally, MedCrunch believes your lifestyle and daily habits determine how well you age.  The longer you have maintained these habits, the more youthful you will feel and look at any age.  If you’ve been eating right and exercising since you were a kid –you’re far ahead of someone who picks it up later in life.  Living a healthy and balanced lifestyle is key –in body, mind and spirit.

That said,  if we can stop these telomeres we’re born with from fraying and dying prematurely, why not?  I wouldn’t replace healthy habits with a capsule, but it could be a welcome addendum to it.  The company fully endorses maintaining a healthy lifestyle while taking it.  It’s a discovery that is certainly the closest we’ve ever gotten to reversing cell death which causes aging.

MedCrunch will follow this story and keep you updated on the latest developments.  Send us any questions you may have, and we’ll get them answered.   ~MD