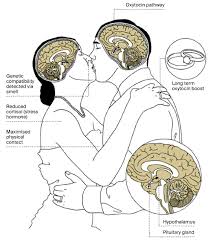 Zak has done extensive research into discovering what chemical in our brain ultimately prompts us to love.

So much so, that this son of a prior Catholic nun has a new nickname.

Paul J. Zak is a scientist, prolific author, and public speaker. His book The Moral Molecule: The Source of Love and Prosperity was published in 2012 and was a finalist for the Wellcome Trust Book Prize.

He is the founding Director of the Center for Neuroeconomics Studies and Professor of Economics, Psychology and Management at Claremont Graduate University.

Dr. Zak also serves as Professor of Neurology at Loma Linda University Medical Center. He has degrees in mathematics and economics from San Diego State University, a Ph.D. in economics from University of Pennsylvania, and post-doctoral training in neuroimaging from Harvard.

He is credited with the first published use of the term “neuroeconomics.” He organized and administers the first doctoral program in neuroeconomics. Dr. Zak’s lab discovered in 2004 that the brain chemical oxytocin allows us to determine who to trust.

His current research has shown that oxytocin is responsible for virtuous behaviors, working as the brain’s “moral molecule.”

This knowledge is being used to understand the basis for civilization and modern economies, improve negotiations, and treat patients with neurologic and psychiatric disorders.

1.  First, what prompted you to write The Moral Molecule:  The Source of Love and Prosperity and what’s love got to do with it?

I think the oldest debate humans have had since we have been having debates is on whether our human nature is good or evil.  Think Adam and Eve, Cain and Abel, etc.  We are really curious about this!

Of course, most of us can be incredibly kind and sometimes nasty.  I wanted to see if I could find a “switch” in the brain from naughty to nice and figure out what turns this switch on and off.  And, my mother, before she was my mother, was a Catholic nun.  So, growing up I was given a very black and white view of morality.

But, my observation was that morality was more situational.  So, I basically spent 10 years of research so I could argue better with my mother (!).  Based on research done on rodents, I hypothesized that the mammalian neurochemical oxytocin might be the moral molecule. My experiments (and replications and extensions by many others) have shown a key role for oxytocin in motivating positive social behaviors.  Oxytocin is sometimes called the “love molecule” as it sustains romantic bonds and motivates care for offspring.

So, love makes us moral.  I think my mom would agree with this! 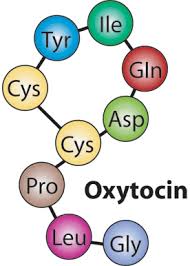 2.  Absolutely.  How does positive touch and psychological support promote health?

Oxytocin motivates moral behaviors–even among strangers–by making us feel empathy where we share the emotions of others.

It promotes human interactions by reducing stress responses and thereby improving the immune systems.  Perhaps surprisingly, it is other people who keep us healthy (and, we’ve shown, happy).

We need connections, our brains and bodies crave it. We have shown that touch releases oxytocin.  So, I recommend 8 hugs a day.  Hug a stranger–its good for them and for you. 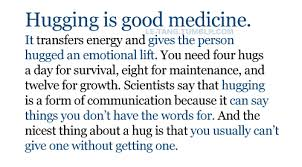 3.  I’m Italian, so hugs come naturally. What if someone is alone?  Can they raise oxytocin levels?

Loneliness is stressful for social creatures like humans.  But, people who are alone can “hack” the oxytocin/connection system in several says.First of all, get a pet.  Our experiments have shown that dogs are better oxytocin promoters than are cats, but any pet is probably good.Second, use social media.  We have shown in experiments that social media of all types cause oxytocin release.  Third, massage is very healthful and causes oxytocin release (or start hugging people).

Lastly, nearly any activity that people do together can cause oxytocin release, including singing, dancing, going to movies, riding a roller coaster and especially helping others.

All these behaviors can “train the brain” to be better at connecting to people by increasing our oxytocin release. 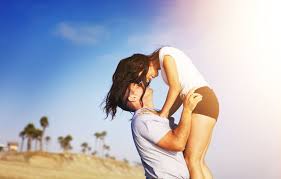 4.  Great tips.  All in moderation.  In your book you say love is also the source to prosperity. Let’s talk about that.  I read 90% of well-educated men who have graduated from college are ready for marriage between the ages of twenty-six to thirty-three-years-old.  These are the high commitment years.  Studies show a never married man at age forty-two becomes a confirmed bachelor.  Is oxytocin higher during the high commitment years making them able to trust and bond, as  older men get jaded?

High testosterone, our experiments have shown, is a powerful oxytocin inhibitor.  Testosterone falls in men after age 30 or so.  It also falls when men are in committed relationships and when they have children.  So, younger men may need a romantic partner to “tame” them so they can better attach to others.

Like any other brain system (or the French you took in 5th grade), the brain reduces the energy spent to maintain brain pathways that are little used.  Low attachment opportunities may make it harder in the future to find a mate.  A dog, though, is a good place to start.  Dogs also make being approached by strangers easier.  Go dogs!

5.  Pets are amazing.  How about studies that consistently find a significant correlation between length of marriage and wealth accumulation?  Most millionaires are and stay married.  According to Dr. Thomas J. Stanley, author of “The Millionaire Mind” millionaires and those who will probably attain this status have a unique ability to select mates with a certain set of qualities:  Honest, Responsible, Loving, Capable & Supportive.  Does love keep you healthy AND wealthy?  If so, how?

Married men work harder, make more money, are happier, and live healthier and longer.  This is likely due to the anxiolytic effects of oxytocin.

High wealth men tend to have higher testosterone, so both marriage partners need to make love/romance a committment to keep the flame of oxytocin alive. 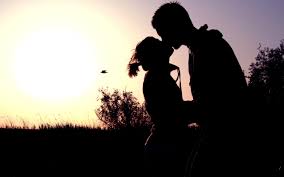 Actually, oxytocin is such a primitive molecule we never run out of its building blocks.  Foods rich in phytoestrogens can make us more sensitive to oxytocin (perhaps by increasing oxytocin receptors though this has not been shown in humans yet).  These foods include soy, broccoli, tea, wine.

7.  What are some more natural ways of releasing this love hormone to stay healthy? (i.e. pets, warm bath, soothing music)

Besides those listed above, moderately stressful events like travel or riding a roller coaster will raise oxytocin.  The best way to spike one’s
oxytocin is sex in a committed relationship.  Cuddling, holding hands, kissing will all do it.  Warm temperature helps, as does sharing a meal. 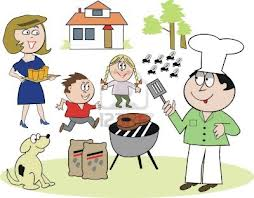 8.  Nice.  Why hasn’t everyone been prescribed oxytocin in the nasal spray form to boost their well-being?

The spray inhibits the brain’s ability to control the release of oxytocin.  The brain’s oxytocin system is finely tuned so that oxytocin is released when we have a positive social interaction and then release is shut off.  You don’t want to leave the trust switch turned “on” at all times, this could be dangerous.  There is also evidence in animals that long-term oxytocin treatment can damage oxytocin receptors so the trust-empathy system could, over time, begin to fail.

9.  Interesting. Recently, there have been studies linking oxytocin with having a healthier body image. What are your thoughts on it being used as a treatment for anorexia, body dysmorphia or any other number of body image disorders?

My lab has done many studies of oxytocin replacement therapy.  For short to moderate periods of time, in combination with counselling, this is an appropriate approach for some patients with body imaging disorders.  The first line treatment would be with SSRIs like Prozac or Paxil and it turns out that this class of drugs moderately increases oxytocin in the brain.

10.  Prescription drugs can have serious side effects so I’d like to focus on natural ways to release oxytocin. If someone were to begin doing all the natural things you mention, how long would it take them to begin feeling better and healthier?

Almost immediately!  Oxytocin is released in about 1 second after a positive contact.  If you follow Dr. Love’s (my nickname) prescription of 8 hugs a day, then you are training the brain to release oxytocin more easily.

That’s the key to being happier and healthier (and exercise and eat well wouldn’t hurt, either).

THAT ENDS OUR INTERVIEW. THANK YOU DR. ZAK FOR JOINING US.  THANK YOU FOR READING. -Maria

If you’d like to learn more about Paul J. Zak’s amazing work visit http://www.pauljzak.com or watch his Global TED Talk at link below.

“If you follow my prescription of 8 hugs a day, then you are training the brain to release oxytocin more easily.  That’s the key to being happier and healthier, and exercise and eat well wouldn’t hurt, either.” ~Paul J. Zak

Maria Dorfner is an award-winning broadcast journalist and producer. who began her career with an internship at NBC in 1983 on The Today Show. She is the author of Healthy Within, nominated for a Pulitzer Prize in non-fiction. Other books include Health Heart and Humor in an Italian-American Kitchen and PRESSuare: Break Into Broadcasting.  She mentions journalism students at her alma mater, where she was Miss Pace University and received an Outstanding Achievement Award,  an Outstanding Leadership Abilities Award and Commitment to the Advancement of Women in Media award from Women in Corporate America, National Association of Female Executives and Pace University. A partial list of awards include a Medical Reporting Scholarship from Columbia University and NBC News, a Freddie Award for Excellence in Medical Reporting, an Outstanding Achievement Award from the March of Dimes, a Media Recognition Award from the American Heart Association and is in Who’s Who in American Women, and received a Lifetime Achievement Award for Excellence in her field. After 5 years at NBC, she helped launch CNBC. She has interviewed a Who’s Who in the World.  She’s had a passion for great health, writing and learning since she was a kid.

This is her blog.