Cynthia Toussiant is a former ballerina and actress (FAME) who has suffered with chronic pain disorder for more than thirty years. 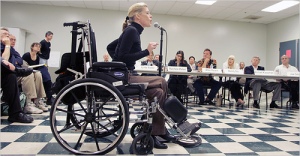 The chronic pain left the strong and graceful ballerina mute and in a wheelchair for years. 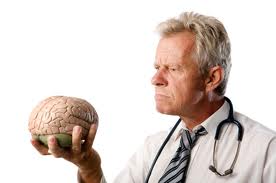 She visited countless physicians and was continually told it was all in her head.

Her husband, John Garrett, who has been with her for 34 years helped her get to the bottom of it. 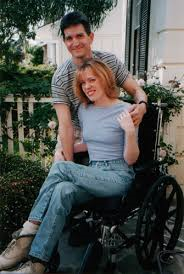 I talk to Cynthia and John about it: https://www.hightail.com/download/UlRUTGs2bEpLVldjZDhUQw

WHAT IS COMPLEX REGIONAL PAIN SYNDROME?

According to the Mayo Clinic, Complex Regional Pain Syndrome is an uncommon form of chronic pain that usually affects an arm or a leg. Complex regional pain syndrome typically develops after an injury, surgery, stroke or heart attack, but the pain is out of proportion to the severity of the initial injury.

WHAT ARE THE SYMPTOMS?

Signs and symptoms of complex regional pain syndrome include:
•Continuous burning or throbbing pain, usually in your arm, leg, hand or foot
•Sensitivity to touch or cold
•Swelling of the painful area
•Changes in skin temperature — at times your skin may be sweaty; at other times it may be cold
•Changes in skin color, which can range from white and mottled to red or blue
•Changes in skin texture, which may become tender, thin or shiny in the affected area
•Changes in hair and nail growth
•Joint stiffness, swelling and damage
•Muscle spasms, weakness and loss (atrophy)
•Decreased ability to move the affected body part

Symptoms may change over time and vary from person to person. Most commonly, pain, swelling, redness, noticeable changes in temperature and hypersensitivity (particularly to cold and touch) occur first.

Over time, the affected limb can become cold and pale and undergo skin and nail changes as well as muscle spasms and tightening. Once these changes occur, the condition is often irreversible.

Complex regional pain syndrome occasionally may spread from its source to elsewhere in your body, such as the opposite limb. The pain may be worsened by emotional stress.

WHEN SHOULD SOMEONE SEE A DOCTOR?

If you experience constant, severe pain that affects a limb and makes touching or moving that limb seem intolerable, see your doctor to determine the cause. It’s important to treat complex regional pain syndrome early.

FOR MORE INFORMATION VISIT THE MAYO CLINC AT: http://www.mayoclinic.org/diseases-conditions/complex-regional-pain-syndrome/basics/definition/con-20022844 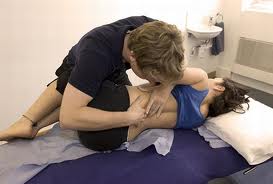 Once Cynthia and John learned more about it, they rechanneled their efforts to help other women. 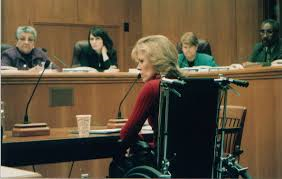 Since 1997, she has been a leading advocate for women in pain. Cynthia gave testimony at two California Senate hearings. The first was dedicated to CRPS awareness. The second explored the chronic under treatment of and gender bias toward women in pain. Both of these efforts were the first of their kind in the nation.

Cynthia founded For Grace to raise awareness about CRPS and all women in pain.

In 2006, Toussaint ran for the California State Assembly to bring attention to her CRPS Education Bill that Governor Schwarzenegger vetoed after she got it to his desk in its first year. Her current Step Therapy bill will reform an unethical prescription practice used by the health insurance industry to save money in a way that increases the suffering of California pain patients.

Toussaint was the first CRPS sufferer to be featured in the New York Times, Los Angeles Times and on the Public Broadcasting System and National Public Radio. She is a consultant for The Discovery Channel, ABC News, FOX News, the National Pain Report and PainPathways, the official magazine of the World Institute of Pain. Also, she is a guide and guest contributor for Maria Shriver’s Architects of Change website. Her many speaking engagements include the National Institutes of Health and Capitol Hill.

She is the author of Battle for Grace: A Memoir of Pain, Redemption and Impossible Love. Also, Toussaint is experiencing her first-ever partial CRPS remission largely due to the narrative therapy of writing this book.

Toussaint continues to be a leading advocate for health care reform in California. She was instrumental in changing public opinion which sparked sweeping HMO reform legislation that was signed by Governor Gray Davis in 1999. Her focus has now shifted to creating a single-payer, universal health care plan in California that would provide a model for the rest of the country.

Cynthia’s husband, John serves as Director at For Grace and was instrumental in launching the organization in April 2002 along with his partner Cynthia Toussaint, who has suffered with CRPS (and later other over-lapping auto-immune conditions) for 32 years. Garrett has been partner and caregiver to Toussaint for 34 years. He has done extensive research about the gender disparity toward women in pain, compiling a comprehensive library on that issue along with specific chronic pain conditions.

Garrett has assisted Toussaint in all aspects of media relations and advocacy regarding CRPS awareness and the pain gender divide. His work focuses on speech presentation, grant writing, research, media outreach and the development of branding strategies. Garrett has also advised California’s Department of Managed Health Care and other state agencies regarding pain management practices in the HMO industry.

Commenting on her long-term partnership with Garrett, Toussaint says, “My story as a woman in pain is also a love story because John’s support has been total and unwavering. Without his loving presence in my life, I wouldn’t be here.”

Garrett made numerous writing contributions in Toussaint’s memoir, Battle for Grace: A Memoir of Pain, Redemption and Impossible Love. He candidly shares the virtues and challenges of the caregiving experience.

CLICK HERE TO LISTEN TO FULL INTERVIEW with CYNTHIA & JOHN: