In 2004, Nancy Cappello, PhD from Connecticut, was diagnosed with advanced stage breast cancer.

She was shocked as she had no prior risk factors, and normal screenings for a decade.

“I was shocked my cancer had metastasized to 13 lymph nodes and was the size of a quarter, I asked my team of doctors, with my latest ‘normal’ mammogram report in hand, how could this happen since I just had a normal mammogram.” -Nancy

Each physician told her that her cancer was hidden by the mammogram due to her dense breast tissue.

Dense breast tissue is comprised of less fat and more connective tissue which appears white on a mammogram. Cancer also appears white thus tumors are often hidden or masked by the dense tissue.

As a woman ages, her breasts usually become more fatty. However, 2/3 of pre-menopausal and 1/4 of post menopausal women (40%) have dense breast tissue.

Additionally, as the density of the breast increases, the risk of breast  cancer also increases.

Radiologists have been reporting a woman’s dense breast tissue to her referring doctor for twenty years.   Most often, that information is not conveyed to the patient.

“After an extensive search of the literature, which existed for decades before my diagnosis, I learned that 40% of women have dense breast tissue, that mammograms are limited in ‘seeing’ cancer in dense breasts and that there are other technologies, such as ultrasound or MRI that can significantly ‘see’ cancers that are invisible by mammogram.”

When Nancy asked her doctors to report dense breast tissue to women in her community, each of them refused.

“My Italian heritage with our tenets of truth and justice immediately kicked in.”

Her doctors’ rejection led to action when in 2009, Connecticut became the first state in America to report dense breast tissue to the patient through the mammography report.

As of today, thanks to Nancy Cappello’s unplanned advocacy, thirty-one states have a density reporting law and more are pending.

Nancy has since been honored by UNICO at its national convention with the 2017 Americanism Award for her breast health advocacy through the work of her two non- profit organizations, Are You Dense Inc. and Are You Dense Advocacy Inc.

The Americanism award recognizes an Italian-American who has made an enduring impact on humanity which encompasses the cornerstone of UNICO’s foundation.

“When I received notice of this prestigious honor, I bowed to give thanks to my parents and my Italian ancestors, who paved the way for me to relentlessly pursue an early diagnosis for women with dense breast tissue, through the democratic process, turning an injustice to justice for women’s breast health.”

Check out the following map link to find out if your state has a law and updates:

So much valuable information for women on http://www.areyoudense.org

With the horrific tragedy in Las Vegas, a 24 hour news cycle, and wide access to social media kids are more on top of current events more than ever before. Parents have a tough job when scary things are in the news. But there are some general guidelines to keep in mind when tackling such topics. Below are some brief tips:

·        Be attentive and listen to their specific worries.

·        Be aware and review your own family safety plans

We have all been struck by the tragic events in the news and offer the following suggestions to the adults who will guide their children.

Talk to your children: Start with a general statement or question then listen to what they say or ask. Look for opportunities to check in more than once.

Be honest: Use age appropriate language, share basic information, and correct misinformation. It’s OK to say “I don’t know” and focus on what you do know.

Reassure: Using routine and structure to reassure children they will be all right, you are all right, and things in their world will continue. Remind them of the people that take care of them and how to get help.

Return to the familiar: Getting back to familiar tasks and distracting or even fun activities provides balance and perspective.

Use media sense: Turn off or limit TV viewing especially for little ones. Monitor what news and social media children and teens are watching or using.

Model coping: Adults have feelings and can help children by modeling appropriate ones and especially how to cope with upset or sadness in healthy ways.

Encourage expression: Children may more easily express their thoughts and feelings in pictures, music, play and poems. Be careful not to press for details but rather validate how they feel and problem solve ways to feel better.

Stay connected: Being connected to others – friends, family, a faith community – can be especially healing and powerful when feeling upset, overwhelmed and alone.

Provide comfort: Hugs – given and received – help everyone, young and old.

Find the good: Look for stories of hope. Cope with kindness. When able, be the hope – reach out a hand, offer help, care for others day to day.

Dr. Goodman, a licensed clinical psychologist and art therapist, with particular expertise in trauma and bereavement, was clinical director of the New York City Children’s Grief Connection. She has published, taught and lectured in the United States and abroad. Her credits include more than 100 online articles and five books.

Her Caring for Kids after Trauma and Death: A Guide for Parents and Professionals, was used throughout the country following 9/11 and the war with Iraq. She was a clinical associate professor of psychology at NYU School of Medicine, and while at the NYU Child Study Center was Director of Bereavement Programs and co-directed a research and clinical program for children bereaved after 9/11. She has been a frequent on-air contributor to national and local media. 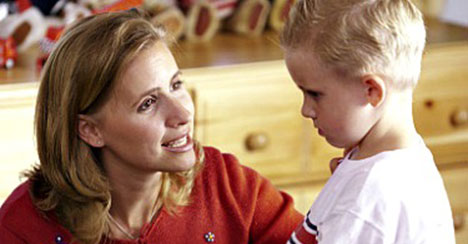 After any disaster, parents and other adults struggle with what they should say and share with children and what not to say or share with them.

The American Academy of Pediatrics (AAP) encourages parents, teachers, child care providers, and others who work closely with children to filter information about the crisis and present it in a way that their child can accommodate, adjust to, and cope with.

Where to Start – All Ages

No matter what age or developmental stage the child is, parents can start by asking a child what they’ve already heard. Most children will have heard something, no matter how old they are. After you ask them what they’ve heard, ask what questions they have.

Older children, teens, and young adults might ask more questions and may request and benefit more from additional information. But no matter what age the child is, it’s best to keep the dialogue straightforward and direct.

In general, it is best to share basic information with children, not graphic details, or unnecessary details about tragic circumstances. Children and adults alike want to be able to understand enough so they know what’s going on. Graphic information and images should be avoided.

Keep young children away from repetitive graphic images and sounds that may appear on television, radio, social media, computers, etc.

With older children, if you do want them to watch the news, record it ahead of time. That allows you to preview it and evaluate its contents before you sit down with them to watch it. Then, as you watch it with them, you can stop, pause, and have a discussion when you need to.

Children will generally follow good advice, but you have to give them some latitude to make decisions about what they’re ready for. You can block them from seeing the newspaper that comes to the door, for example, but not the one on the newsstand. Today, most older children will have access to the news and graphic images through social media and other applications right from their cell phone. You need to be aware of what’s out there and take steps in advance to talk to children about what they might hear or see.

The reality is that even children as young as 4 years old will hear about major crisis events. It’s best that they hear about it from a parent or caregiver, as opposed to another child or in the media.

Even the youngest child needs accurate information, but you don’t want to be too vague. Simply saying, “Something happened in a faraway town and some people got hurt,” doesn’t tell the child enough about what happened. The child may not understand why this is so different from people getting hurt every day and why so much is being said about it. The underlying message for a parent to convey is, “It’s okay if these things bother you. We are here to support each other.”

After asking your child what they have heard and if they have questions about what occurred during a school shooting, community bombing, natural disaster, or even a disaster in an international country, a parent can say something such as:

“Yes. In [city], [state]” (and here you might need to give some context, depending on whether it’s nearby or far away, for example, ‘That’s a city/state that’s pretty far from/close to here’), there was disaster and many people were hurt. The police and the government are doing their jobs so they can try to make sure that it doesn’t happen again.”

A parent can follow-up as needed based on the child’s reactions and questions.

Talking to Children with Developmental Delays or Disabilities

Parents who have a child with a developmental delay or disability should gear their responses to their child’s developmental level or abilities, rather than their physical, age. If you have a teenage child whose level of intellectual functioning is more similar to a 7-year-old, for instance, gear your response toward her developmental level. Start by giving less information. Provide details or information in the most appropriate and clear way you can.

Talking to Children with an Autism Spectrum Disorder (ASD)

What’s helpful to a child with an ASD may be different. For instance, the child may find less comfort in cuddling than some other children. Parents should try something else that does calm and comfort their child on other occasions. Ask yourself, “Given who my child is, his personality, temperament, and developmental abilities, what might work for him?”

If children don’t have a chance to practice healthy coping, a parent may see signs that they’re having difficulty adjusting. Some of things to look for are:

Sometimes it can be hard to tell if a child is reacting in a typical way to an unusual event or whether they are having real problems coping, and might need extra support. If you are concerned, talk to your child’s pediatrician or a mental health professional or counselor.

Don’t wait for the signs. Start the discussion early, and keep the dialogue going.