The dietary guidelines recommend that we try to choose meals or snacks that are high in nutrients but lower in calories to reduce the risk of chronic disease.

So, what would happen if a population centered their entire diet around vegetables? They might end up having among the longest lives in the world.

Of course, any time you hear about long-living populations, you have to make sure it’s validated, as it may be hard to find birth certificates from the 1890s.

But validation studies suggest that, indeed, they really do live that long.

But a more accurate representation would be this, if you look at their actual dietary intake. We know what they were eating from the U.S. National Archives, because the U.S. military ran Okinawa until it was given back to Japan in 1972.

And if you look at the traditional diets of more than 2,000 Okinawans, this is how it breaks down.

Less than 1% of their diet was fish; meat; dairy and eggs, so it was more than 96% plant-based, and more than 90% whole food plant based—very few processed foods either.

And, not just whole food plant-based, but most of their diet was vegetables, and one vegetable in particular—sweet potatoes.

The Okinawan diet was centered around purple and orange sweet potatoes—how delicious is that? Could have been bitter gourd, or soursop—but no, sweet potatoes, yum.

If you measure the level of oxidized fat within their system, there is compelling evidence of less free radical damage.

Maybe they just genetically have better antioxidant enzymes or something?

No, their antioxidant enzyme activity is the same; it’s all the extra antioxidants that they’re getting from their diet that may be making the difference—most of their diet is vegetables!

Some of this protection may have been because they were eating only about 1,800 calories a day. They were actually eating a greater mass of food, but the whole plant foods are just calorically dilute.

There’s also a cultural norm not to stuff oneself.

The plant-based nature of the diet may trump the caloric restriction, though, since the one population that lives even longer than the Okinawa Japanese don’t just eat a 98% meat-free diet, they eat 100% meat-free.

The Adventist vegetarians in California, with perhaps the highest life expectancy of any formally described population.

Adventist vegetarian men and women live to be about 83 and 86, comparable to Okinawan women, but better than Okinawan men.

The best of the best were Adventist vegetarians who had healthy lifestyles too, like being exercising nonsmokers, 87 and nearly 90, on average.

That’s like 10 to 14 years longer than the general population.

Ten to 14 extra years on this Earth from simple lifestyle choices. And, this is happening now, in modern times, whereas Okinawan longevity is now a thing of the past. Okinawa now hosts more than a dozen KFCs.

Their saturated fat tripled. They went from eating essentially no cholesterol to a few Big Macs’ worth, tripled their sodium, and are now just as potassium deficient as Americans, getting less than half of the recommended minimum daily intake of 4,700 mg a day.

In two generations, Okinawans have gone from the leanest Japanese to the fattest.

As a consequence, there has been a resurgence of interest from public health professionals in getting Okinawans to eat the Okinawan diet, too.

To see any graphs, charts, graphics, images, and quotes to which Dr. Greger may be referring, watch the above video. This is just an approximation of the audio contributed by Katie Schloer. 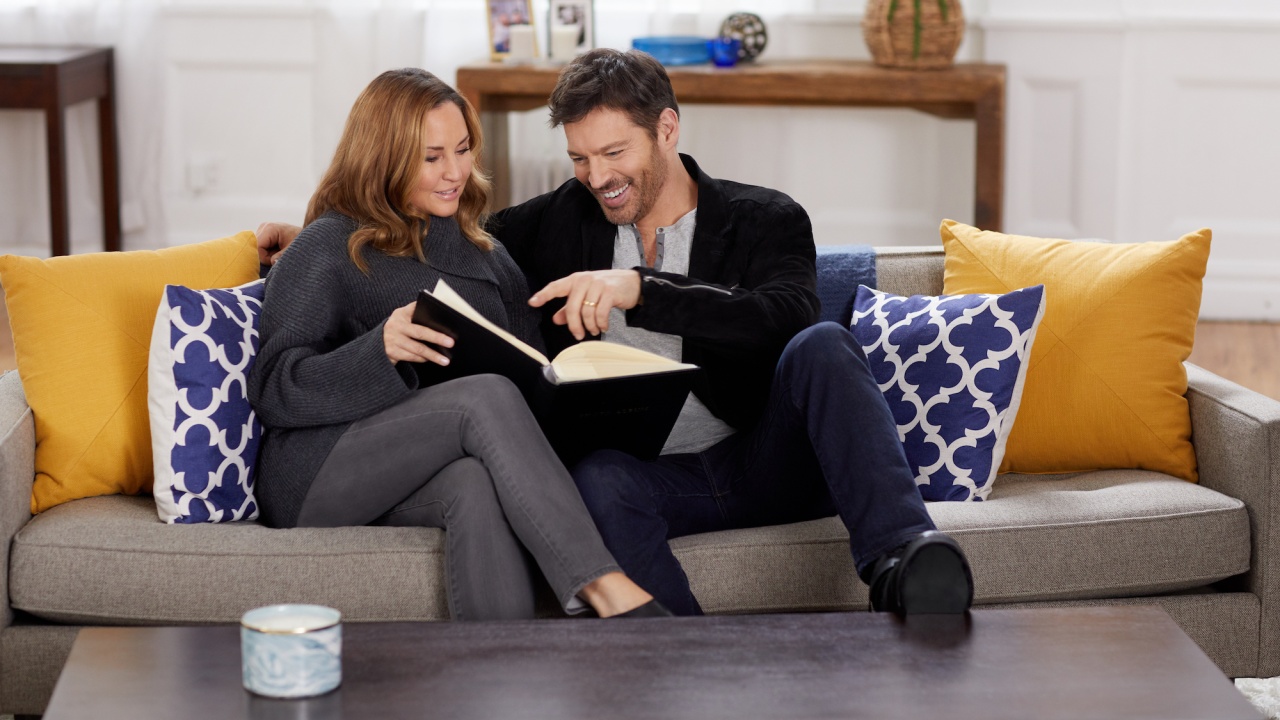 Now that you’re 50 years young like Harry Connick, Jr., join him and Jill and take the #ScreenWithMe Challenge and talk to your healthcare provider about screening for colon cancer. Then encourage your loved ones over 50 to do the same.

If you are like many people, you may feel anxious about getting an invasive procedure like a colonoscopy that requires unpleasant prep and time off of work.

Luckily, times have changed. Now there’s Cologuard, an easy, noninvasive test you can use at home.

In 2012, Jill was diagnosed with breast cancer. Fortunately, the cancer was detected early through a routine screening, and now the couple is celebrating the 5-year mark of her remission.

Because of their deeply personal experience, Harry and Jill have made cancer screening awareness their mission.

A routine screening for breast cancer saved Jill’s life. When Harry turned 50, she wanted him to make colon cancer screening a top priority. 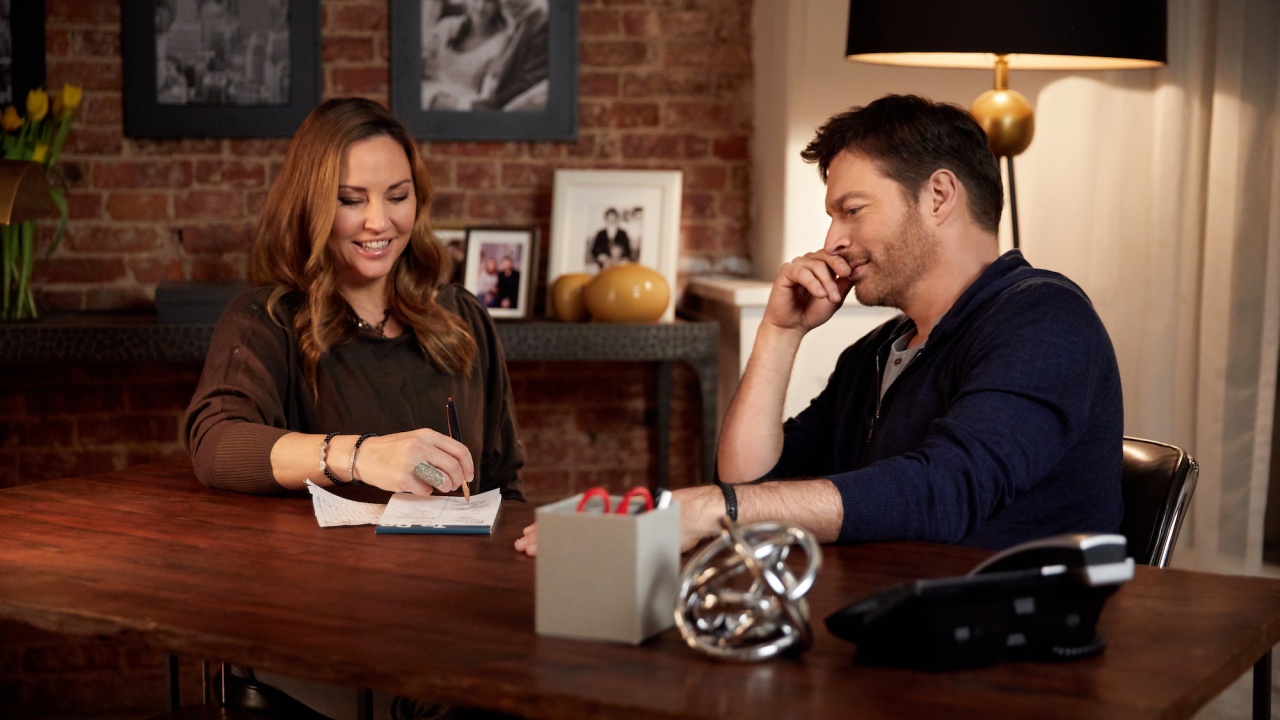 Join Harry and Jill and make your pledge to ask your healthcare provider about colon cancer screening. For every pledge, $1 will be donated to colorectal cancer research and advocacy!

The initiative is also supported by leading colon cancer advocacy groups, including:

Show your support for colon cancer screening by sharing a #ScreenWithMe badge on your Facebook page.

Screening with Cologuard is easy.

Harry took the test and can check this important task off his turning 50 to-do list. Now it’s your turn to get screened and encourage your friends over 50 to do the same.

COLOGUARD FINDS MORE THAN 9 IN 10 CANCERS AND SOME PRECANCERS.

When it comes to colon cancer, there are a lot of misconceptions.

Many people think that getting colon cancer is tied to diet and lifestyle—or that you need a family history of the disease to be at risk. Unfortunately, none of these things are true.

Harry Connick, Jr. and his wife, Jill, are touring the country to educate local communities on the importance of colon cancer screening. Join them at the next free event to learn more about why early detection matters and noninvasive options that make screening easier.

is about speaking up for yourself and taking charge of your health.

Don’t wait! Talk to your healthcare provider about your screening options, including Cologuard.

Cologuard is indicated to screen adults of either sex, 50 years or older, who are at typical average-risk for CRC. Cologuard is not for everyone; not for high risk individuals, including those with a family history of colorectal cancer, a personal history of colorectal cancer or advanced adenoma, IBD and certain hereditary syndromes. Positive Cologuard results should be referred to diagnostic colonoscopy. A negative Cologuard test result does not guarantee absence of cancer or advanced adenoma. Following a negative result, patients should continue participating in a screening program at an interval and with a method appropriate for the individual patient. Cologuard performance when used for repeat testing has not been evaluated or established. Rx only.