The Game of Thrones actor reveals in a personal essay published in The New Yorker that she has survived two brain aneurysms during the early years of making the fantasy show.

Over the weekend, Clarke made an appearance on CBS News and spoke of her experience with these brain bleeds, or as they’re formally known, as subarachnoid haemorrhages.

“With the second one, there was a bit of my brain that actually died,” Clarke said. “If a part of your brain doesn’t get blood to it for a minute, it will just no longer work. It’s like you short circuit. So, I had that. And they didn’t know what it was.

For Clarke, though, she found the humour: “I always say it’s my taste in men that’s no longer there! That’s the part of my brain, yeah, my decent taste in men.”

In the CBS interview, Emilia recalled the day in February 2011 when her first aneurysm ruptured:

“Basically I was in the gym, the most excruciating pain, like an elastic band just went, like, snap in my head,” she said. “An enormous amount of pressure suddenly, and then very very very quickly, I realized I couldn’t stand and I couldn’t walk, and in that moment I knew I was being brain damaged.” 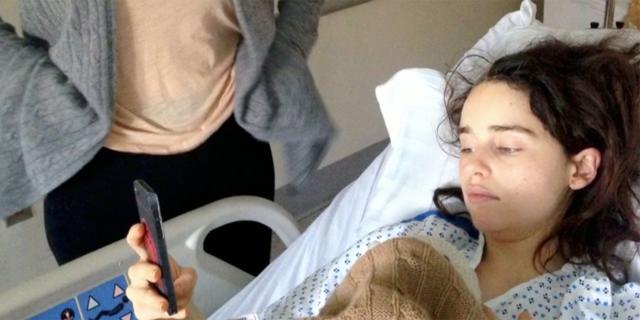 Emilia suffered a subarachnoid hemorrhage, or bleeding in the space that surrounds the brain. But miraculously, Emilia was back to work on season two of Game of Thrones just six weeks later.

Two years after that, Emilia was back in the hospital with another aneurysm-and this time, it almost killed her, she said. “With the second one, there was a bit of my brain that actually died,” she said, explaining that “if part of your brain doesn’t get blood to it for a minute, it will just no longer work. It’s like you short circuit. So I had that.” 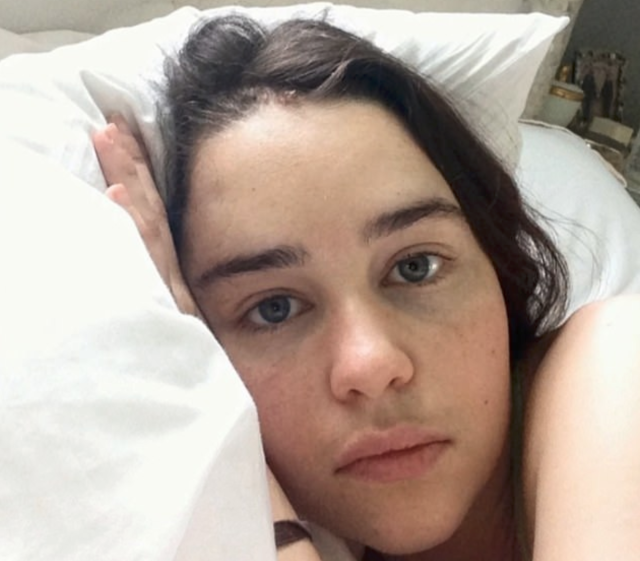 The actress says her recovery was helped by being able to lose herself in such an empowering character like Daenerys.

“You go on the set, and you play a badass character, and you walk through fire, and you speak to hundreds of people, and you’re being asked to be – to work as hard as you possibly can,” Clarke said.

“And that became the thing that just saved me from considering my own mortality.”

Clarke details the symptoms she suffered that first suggested she was not well in her New Yorker essay:

“My trainer had me get into the plank position, and I immediately felt as though an elastic band were squeezing my brain. I tried to ignore the pain and push through it, but I just couldn’t. I told my trainer I had to take a break. Somehow, almost crawling, I made it to the locker room. I reached the toilet, sank to my knees, and proceeded to be violently, voluminously ill. Meanwhile, the pain—shooting, stabbing, constricting pain—was getting worse. At some level, I knew what was happening: my brain was damaged.”

Game of Thrones’ eighth and final season will begin its broadcast with episode one on April 15, on Sky Atlantic at 2am and 9pm.

As Danerys Taergaryn on “Game of Thrones,” Emilia Clarke plays a character who can walk through fire. And the actress has found that, in some ways, she can, too. She tells correspondent Tracy Smith that portraying a strong woman on TV helped her to be one in life, when she suffered a subarachnoid hemorrhage, twice, and nearly died. Having completed ten years’ production on the hit HBO series, Clarke has started a charity, SameYou, for brain injury survivors.

WISHING EMILIA CLARKE ALL THE BEST!

Maria Dorfner is the founder of NewsMD: What’s Hot in Health, a division of Healthy Within Network. She can be reached at Maria.dorfner@yahoo.com|@Maria_Dorfner