Mariel Hemingway is not only an iconic Academy Award nominated actor from a celebrated family, she is a prolific author, healthy lifestyle brand entrepreneur, and a tireless mental health awareness and suicide prevention program advocate, recently sharing the stage with Hillary Clinton, Patrick Kennedy, and other world-class Keynote speakers.

Mariel’s much sought after purpose-driven presentations entertain, educate, engage and enrich, focusing on topics including: mind-body-spirit optimization, purposeful living, and mental health related issues. She shares her own evocative story about growing up in a home where there were great challenges in order to inspire others to do the same, thereby cultivating compassion and understanding and breaking down the stigma so often associated with the discussion of mental illness. 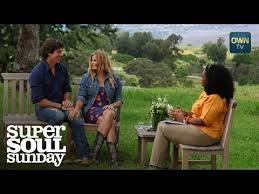 In a high-tech world, Mariel is considered an expert in high-touch solutions which facilitate finding one’s authentic voice and experiencing the greatest sense of personal power, life balance, joy, fitness, authenticity and peace of mind. 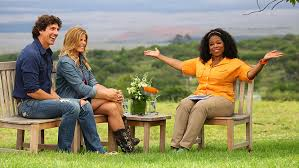 In 2014, Mariel and Oprah Winfrey executive produced, Running From Crazy, the Emmy nominated documentary focused on the 7 most recent suicides in the Hemingway family. It is available on Netflix. 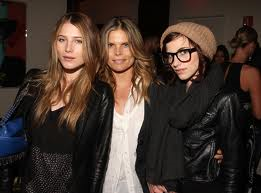 With her two daughters, Dree and Langley successful in their own entertainment careers, Mariel is once again considering film and television series opportunities. She’s passionate about the art of acting and storytelling, and thrives in the collective creative energy when working with gifted artists, directors, producers, and writers.

Mariel’s best selling books include: Finding My Balance, reflecting her life’s journey through the lens of her yoga and meditation practices. Healthy Living from the Inside Out: a how-to guide to finding a greater sense of balance and meaning through self-empowering techniques and strategies. Mariel’s Kitchen is a healthy lifestyle cookbook offering creative gluten and sugar free recipes.

Running WithNature, co written with her life partner (in above photo on left), provides insights into the import and impact of making good choices based on an awareness of and respect for nutrition, meditation, mindfulness, movement, silence, compassion and connectedness to self and earth.

Mariel’s 2015 book releases include her memoir: Out Came The Sun: Overcoming the Legacy ofMental Illness, Addiction, and Suicide in My Family and INVISIBLE GIRL: a tender engaging book written in diary form for teen and tweens. Mariel and famed children’s book illustrator, Edward Hemingway will collaborate on a children’s book in 2016.

Recent health, wellness, inspirational, advocacy and entertainment media profiles, features and covers include those in USA Today, LA Times, The Chicago Tribune, on The Today Show, CBS This Morning, Dr. Oz Show, Fox News, in Vanity Fair, the New York Times and Interview Magazines, The Times of London, Pret A Porter and People Magazine. Mariel was also the focus of a one hour interview with Oprah Winfrey’s, on Super Soul Sunday, her book and lifestyle focused program. 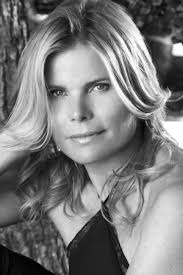 Muriel Hemingway’s books, Out Came The Sun for adults and Invisible Girl for teens are available on-line and in stores April 7, 2015.

READ HOW MARIEL HEMINGWAY OVERCAME HER PAST TO BECOME HEALTHY AND BALANCED!  https://www.yahoo.com/beauty/how-mariel-hemingway-overcame-her-familys-tragic-115671984803.html

Maria Dorfner is the founder of MedCrunch. She can be reached at maria.dorfner@yahoo.com